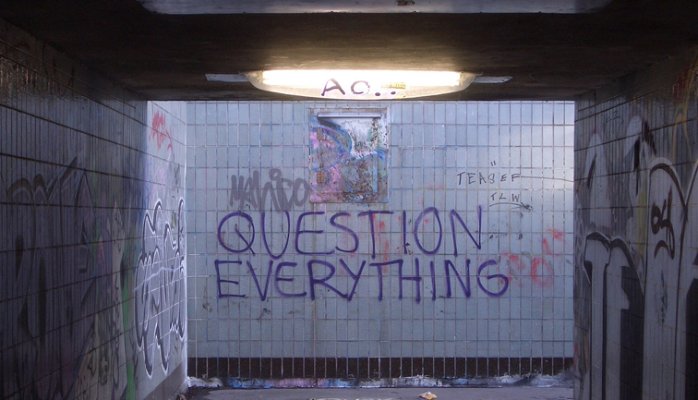 Because most of the times, asking questions is more important than finding the answers itself.

The answers given might not be the right ones and only by keeping asking, you will be able to dig the truth out.

“It is not the answer that enlightens, but the question.” – Decouvertes

Therefore, here are a just three questions to help you to build the habit …

If you know the answers, feel free to write down on the comments area.

1. Is our universe real?

In other words: how do we know that what we see around us is the real deal, and not some grand illusion? For example, MIT cosmologist Max Tegmark believes the universe is a mathematical structure not something random created out of the “Big Bang”.

2. What are really languages (and numbers) ?

It is easy to answer that question by citing the definition of what a language is, for example: Languages is the ability to acquire and use complex systems of communication and bla bla bla but the point is what’s the real origin of language? Who created ? Is there a kind of spell built in our languages (or numbers)? here is another possibility for you to consider: if we drop the languages could we be able to develop our telepathic capabilities (The sixth sense) and communicate to each other via thoughts?

3. Who is really building YOUR belief system?

Your belief system is the actual set of precepts from which you live your daily life, those which govern your thoughts, words, and actions. The question is how is it construct? Your parents, school, media … are constantly transmitting info to you (even before you are born (DNA)) that your subconscious uses to construct your set of belief system which may or may not serve yourself.

In other words, have you given any thought at all to the belief system you have? or/and did you make a conscious decision to believe what you do or not?

With our convictions, thoughts and actions, we are somehow contributing to a global belief system so we better make sure to get our own beliefs right first.

The best way to do so is to keep questioning everything.